Water Tanks - Are They a Trend? 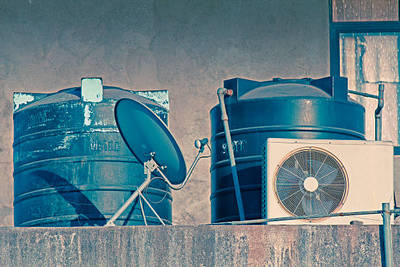 With the general community becoming more environmentally aware and worried about global warming, they are trying to do their bit to help. Installing a water tank is an excellent way to reduce mains water usage and decrease water run-off down the storm water drain.

Australia has only just come out of an extended drought period but many parts of the country are still suffering the effects. The effects of the drought in rural areas have flowed onto the metropolitan areas. A lot of Australia's major cities have strict water restrictions.

Until recently, many people in rural areas had never run out of rainwater in their steel water tank. But now they have to buy larger water tanks as a backup supply to complement their existing stocks of drinkable rainwater.

Water restrictions imposed by the government, local councils and water authorities are now something every consumer has become accustomed to. Water restrictions have become necessary with Australia's population growth and global warming stretching our precious water reserves to their limits. Check out https://en.wikipedia.org/wiki/Water_tank#Types for more details about water tanks.

A few years ago many local governments, councils and water authorities introduced a water tank rebate scheme to encourage the general public to invest in their own rainwater tank. It is far more economical for the government to encourage everyone to install their own rainwater tank than for them to build new dams. It is also better for our environment not to have so much water run-off that alters the water table and natural flow of rivers.

The bubble in the rainwater tanks boom has now burst and there is an over-supply of water tank suppliers. This is great for the consumer but not for the smaller struggling water tank manufacturers. Many small family owned manufacturers and re-sellers have closed due to ferocious competition.

The rainwater tanks boom has been fantastic for the plumbing industry. It is law to have your water tank installed by a licensed plumber if it is to be used to flush the toilet and plumb into the laundry to use in the washing machine. In order to receive the maximum water tank rebate offered by the government, it is also compulsory to have a plumber sign off on the installation of the water tank.